A downloadable game for Windows

The report system is still weird, if you have troubles with reports system you can disable fees in settings>game>disable fees

This game is a "demo release" that means it is far from perfect, but it has quite a lot of stuff to play with and to look at. It demonstrates basic mechanics, gameplay elements, graphics etc.
You can support the game on Patreon and give it more chances to get into release state.

You work as a scientist in the isolated research lab in the mountains of Switzerland. Your task is to gather signals from space, analyze them, process them and sell them to get points.

You can get regular signals and objects like dwarf planets and stars, or you can get something "unusual" or "strange"

The game has 30+ days and events, 80+ possible signals, and some easter eggs and secrets.

You can report problems and give ideas\suggestions on Discord Server


Found a 'Nuclear Doll' with the metal detector and shovel on the.. westish? side of the map, near the top of a very tall hill, semi-near Quebec. 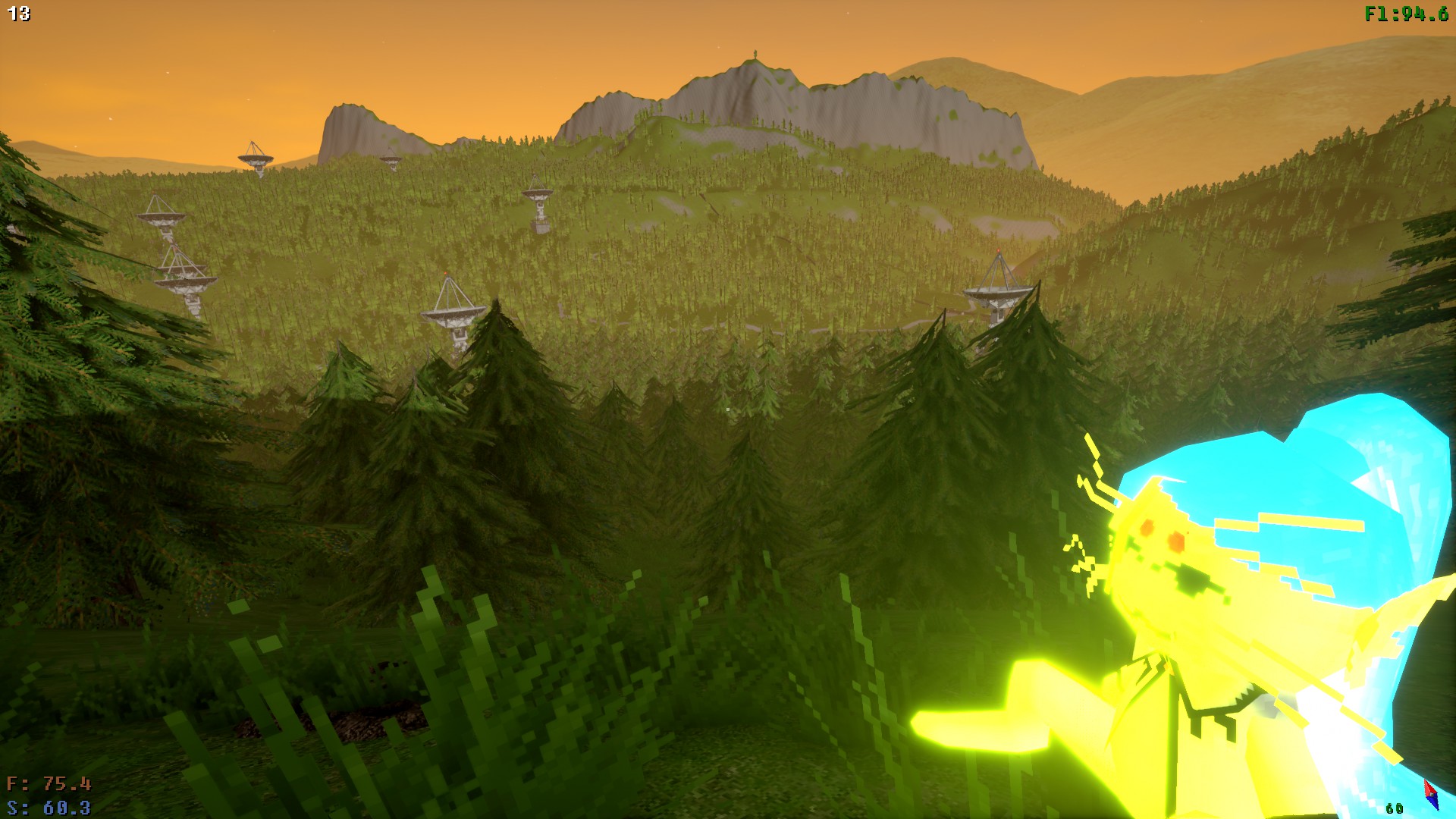 Joel was kinda right with the email dialogue not being very serious. But my complaint is the stats drain a tad bit too fast. I'd slow down the drain just a tad big so I don't have to eat and sleep so often

Hey I just wanted to say I think what you're doing is great. I found your game from watching our VargFren. I hope that because of your efforts here this becomes a whole genre. Very cool.

is there a changelog for the 0.5.1 experimental build?

On the discord atm

I absolutely love the updates this game is receiving, I am very thankful for your work mrdrnose.
btw I was able to run this game in linux flawlessly thanks to Steam Proton, I'm enjoying it so much.
Keep doing awesome!!

i played this and for some 'reason' it reminds me of half life somehow like half life but survival and horror but the game itself is really cool and i really like it.

can you add a death star in ur game?

i just lost all my items because i had to reset objects in the menu, thinking it would respawn my character, just to find out it was not the right option, please rename "reset player stats" to respawn player. it dindt even reset my stats -.-
i searched all over the place for what each reset option does to no avail.

A upgrade (or tool you have start) that will fix the towers one at a time so 3 and 4 are broke well Remote fix 3 and do 4 by yourself. The drawback is it will take longer and one at a time, (i will like to see it due to me getting tired of having to go out to fix them all it would be ok if there where close to each other and in a row like SS{in that game they are all in a row} this is why i would like to see this in the game but it is fine if this in not added) just a player-samwiserobert

If I may recommend. I have a few suggestions:

1. Maybe have something like the rope+hook, but for the disk storage thing, so you can store a ton of disks and save to them automatically? maybe have a tiny numbering system on each slot?

2. Maybe the sv.target could be "upgraded" to allow coordinates so ex: sv.target 200.0,500.0 so we can easier find locations we prefer?

3. Would it be possible at the "Radar Computer" to have an upgrade to exclude "own" entities, and other things? So we can exclude known objects or at the least color them? After purchasing objects it's impossible to discern anything.

I love this game, and can't wait for the full thing!!

anyone know what the varg version has? is there custom stuff in that version compared to like the experimental ones

Hey Dev please add more resolutions in the next update, I would love to play this game but there are just too few resolution options in the game (preferably 1360x768) Thanks I'm sure I'm not the only one with this issue, great work otherwise.

The game is very good, but please add multiplayer and Russian language and more content and I also wish you further development of the game and good updates.

hi guys I'm trying to open sandbox mode it's been 25 days but nothing has happened what can I do about it?

i assume you have to play more days in order to unlock it now since the update. 25 days were all it took to complete the story mode before but since there are 30+ days now i guess you'll have to play that many to complete it and unlock sandbox mode.

I specifically registered on itch.io to write to the developer of this game and say thank you for the amazing game I can not wait when the full version comes out and hope it will be in steam be sure to buy it as soon as it comes out of the wishes would be very fun to pass the story mode or play an infinite mode / sandbox with a friend and add more languages

Really that's the password to the door next to the base

how to survive when you got the signal "The end is near"?

Tryin to figure that out myself.

Man i really hope this game goes far, i would love to see it complete and even on more platforms other than just pc, great game, a lot of fun and really just gets more interesting with time

guys, how to use the TV in this game? It's just that I get an error message all the time

you have to have the video saved to your pc and paste the path into the box in the tv. if you want youtube videos, you can just download them and do it this way :)

can anyone send me a save file with 23 days on it? trying to access sandbox

How to make reports of a satellite that asks to be made by Dr. tao bao or another doctor ?

(Or add a ladder at least)

You can press "." on the number pad to teleport back home

thank you so much

reset my objects, and days and my playermodel spawned under the map with the ATV, putting me back at the gate. no problem. i reset atv, i fall under map, run from gate to the base.

there are no doors on the base. no keypacks. no servers. no consoles in the back to turn on power turn off power, no lightswitches

Am I missing something here? The signal is at 100%.

Spoiler Warning I guess, though if you've been reading the comments, you've likely already seen this discussed.
----
So is there any way to actually escape the maze, or do you need to quit/reset your save? I've been running around in it for a while, and I don't really get any sense of progression, save maybe for the maze getting glitchy/hallways leading to voids where parts of the maze have not loaded in correctly.

I'm also not really sure what the point of the maze is aside from wasting the player's time. It's a neat IDEA, that you can be plucked up at any time and dumped into a freaky scenario, but it doesn't really feel as if it's connected to the rest of the game, almost like you've been torn out of VotV and placed into one of those old SCP Unity games where you walk down a flight of stairs or walk through a maze, except there's no monster or threat, just an endless march until you get tired of it and decide to alt + f4 your way out.

Maybe something like this could work if it were given more of a sci-fi theme? For example, being dropped into a maze of sterile white halls (or even something more industrial) with some security cameras that watch you, along with the ambient droning of machinery off somewhere in the distance, while the player is being made to perform certain tasks to escape? And after you escape, you're put back where you were originally, but the time of day has changed, a nice reference to alien abduction stories and claims of missing time.

Also, maybe make it so that this doesn't happen until later in the game/less frequently. I'm on day 1 at the moment (I finally decided to buy the game after watching Joel play, I loved Signal Simulator, so this is right up my alley), and I got sucked into the maze while going to fix my first satellite, which really took me out of the game.

I hope my criticism isn't too harsh, I really do like the game. I just find the maze to be a frustrating and confusing addition.

yeah it was just added and it's really weird

It really confused the hell out of me lol

I get that VotV leans more into the spooky stuff than Signal Simulator and is obviously inspired by other sources of media like the SCP series, but the maze feels too straight-up horror-y... and the fact that there is seemingly no way to leave (at least I've yet to find it) other than to quit the game and reset the save doesn't help.

So I was using the server's ping panel and out of nowhere I was teleported to this maze, I tried to run through it and after half an hour I found a way out of bounds, does anyone have any ideas how to get out of there or just reload the save/reset it?

Why did i end up here?? this happened twice in a row in 1 livestream

Cool game and no hacks :)

Guys who knows how to fix a low fps?

Anyone know the bunker code? 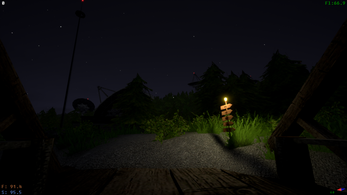 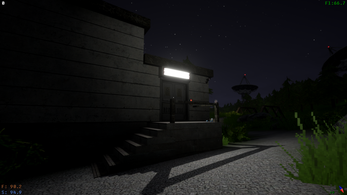 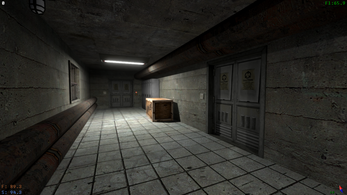 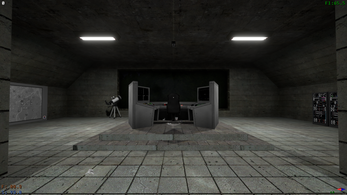 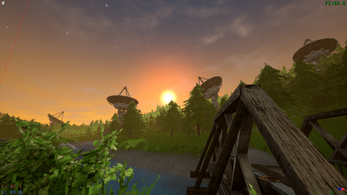 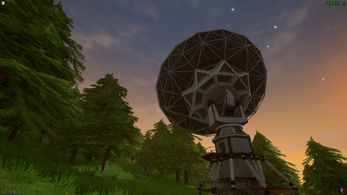 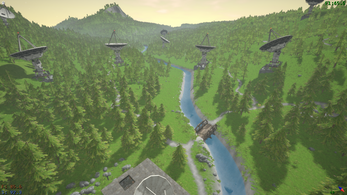 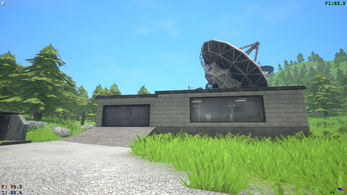