A downloadable game for Windows

New Year is already near! And decorations, pines and other is not ready, and so little time before celebration! Help to Viktor and his friends to finish school decorations and celebrate with all his friends!

But beware of someone, he has a lot of minions and they wants to ruin all party! K̶̵̶͏̶̶͘͏̶̵̶̶̵̶̀҉̶̶̶̶̶̶̶̧̢̀̀͘͞҉̶̶̷̶̶̶̶̶̶̶̶̶̶̶̶̶̶̶̶̶̶̶̶̶̶̧̨̡̢̧̧̛̀̀̀̀͟͢͟͞͠͝͝͡͞Ì̶̶̶̵̶̶̷̶̶̶̵̶̸̶̢͘͝͡͏̶͏̶̶̶̶̶̶̶̶̶̶̶̶̶̶̶̶̶̧̨́́̕͘͘͟͟͜͢͠͝͠҉̶̵̶̶̷̶̶̶̶̴̶̶̶̴̶̶̶̨̡̡̛̀̀̀̕͏̶̶̶̶̶̶̶̵̶̶̶̶̶̵̶̴̶̶̢̛̛̛̛̀͘̕͡͡͡҉̶̶̶̶̷̶̸̶̶̡́͏̶̶̶̶̷̶̶̶̶̶̶̶̶̛̛̛̀́̀̕͘͡͠͏̶̶̶̴̶̶̢͢͞͏̶̶̶̶̶̸̶̸̶̶̶̶̶̶̶̡̢̢̀͘͢͏̶̴̶̶̶̨̕͏̶̶̀Ļ̶̶̶̴̶̶̶̶̶̶̶̶̧̛́͘҉̶̶̸̶̶̶̷̶̷̶̶̶̶̨́͝͝͠͡͏̶̶̶̶̶̶̶̶̨̨̢͘̕͟͞L̶̶̶̶̶̶̶̶̶̶̶̶̶̶̨̡̢̢̛̛̕͞͠͠͝ ̶̶̶̡͞ ̶͏̶͏̶̵̶̶̶̶̶̶̶̷̶̶̶̶̶̶̶̶̶̶̶̶̶̶̶̶̶̶̵̶̶̶̶̶̶̶̶̵̶̶̷̶̷̶̡̢̢̢̨̛́̕͘͘̕͟͟͟͟͜͞͡͠͞͡͠͞͝͞͏̶̸̶̶̧͏̶̶̶̧͘͏̶̶̶̶̶̶̶̶̶̴̶̶̶̶̷̶̶̶̶̶̧̡̨̀́̀̀̕͘̕͘̕͜͡͠͏̶̷̶̸̶҉̶T̶̶̶̶̶̶̶̶̶̶̶̶̶̷̶̶̶̶̶̶̶̶̶̸̶̸̶̶̴̶̶̶̶̶̶̶̨̡̧̡̧̀̕͘̕͘̕͟͜͢͟͟͜͝͝͠͞͞͡͝͞H̶̶̶̶̶̢̡͜͢҉̶̷̶̶̶̶̢҉̶̸̶͏̶̶̶̶̶̴̶̶̶̵̶̸̶̶̶̶̶̶̴̶̶̶̶̶̶̴̶̡́̕̕͘͘͘͟͢͡͝͠͝͞͏̶̶̶̸̶̶̶̶̵̶̶̶̧͜͢͜͜͞͡͏̶̴̶̶̶̶̶̶̶̶̸̶̶̴̶̶̶̶̶̶̶̷̶̴̶̵̶̴̶̶̡̧̀́̕͘͟͟͟͜͟͢͠͞͠҉̶̶̶̶̶̴̶̢̢̛͝͏̶̶̶̶̶̶̶̶̷̶̶̧̛̀̀̕͟͟͡E̶̶̴̶̶̶̶̷̶̢̢̛͡M̶  get rid of them and save the Christmas and New Year!

Can You found 3 endings and 1 secret ending?

(i made this game a lot easier than original, so i don't think that problems will be with that)

Idk, probably it was a period when i making 32 bits only.
but now im making 64 bits only because theres no 32 option oof

Another one out. Merry Orthodox Christmas everybody :)

I will downloaded again 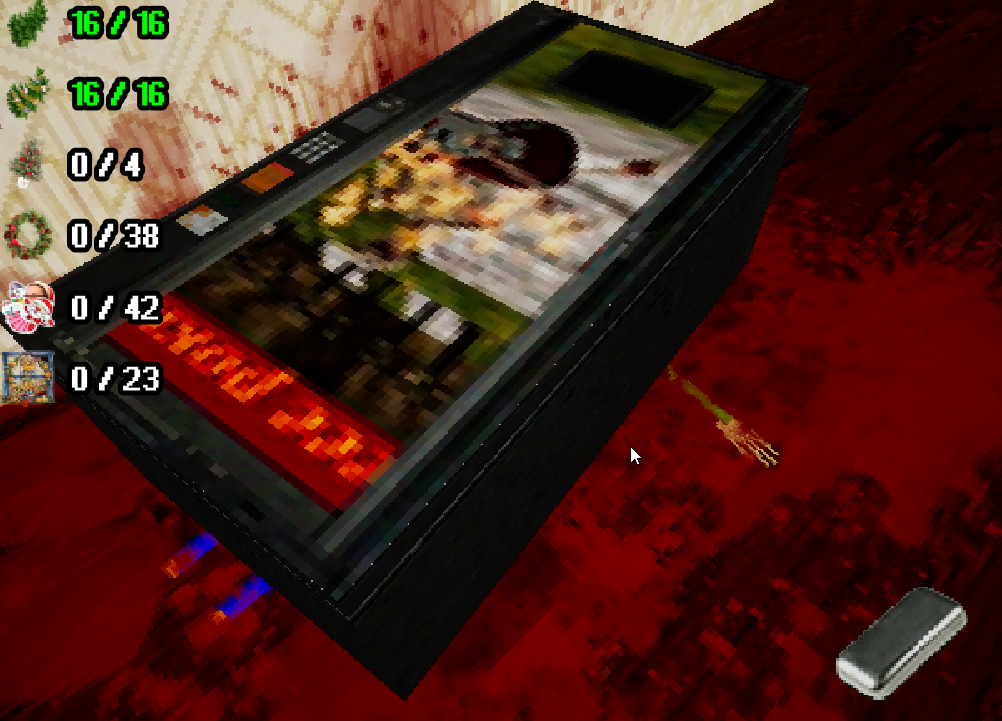 Which customer is under the vending machine?😂

BALDI JUST GOT MURDERED WITH A VENDING MACHINE?

I still waiting on the reply I only a 12 year old kid in the U.K. I waiting mor reply’s of me not the voice actor George on AEwVS ask me mrdrnose

I beat it back in 2018, i also beat the language level. It was a lot harder, i even made a guide for beginners on how to beat it.

Baldi will always live and continue to live on in our hearts. Baldi died in Christmas Curse, but i think it's fake. I beleive baldi is alive.

It’s not a fan game everyone thinks it is

I don’t know who was viktor strobovski

So, I dunno why everybody suddenly left, took away all of the decorations and closed up the school, and left me and Viktor in it, who looks fed up about the party and is being a bit aggressive for some reason, but...oh well. More food for me, I guess!

Me: I WONDER WHY SOME CHARACTERS RELATE TO SATAN

BUT THIS IS THE BIRTHDAY OF JESUS

To be honest I've found myself questioning a lot of his decisions lately purely out of obliviousness towards his intentions, so, there's that...

By the way, he decided it was canon for whatever reason so the characters could...temporarily get rid of their evil. The characters somehow feel right when they're behaving decently and without malice even though that's not normal, since they have such personality and are somewhat memorable and likeable, but you...you've seen through that.

Still...we don't even know the whole truth and for all you know, the entire faculty might have some possession or higher secrets going around relating to the Watcher which there are a bunch of theories about so there's that.

It still confuses me as to why a cast of characters with deep connections to Lucifer, Satan, Hell and such would celebrate something as holy as Jesus Christ's freaking birth to this day. In fact, they're supposed to hail the ANTICHRIST. Seriously.

Still, I'm curious as to whether there will be more events like this, but even after straight-up exclaiming that the History Level* should come before everything else like all the little details, odds and ends (such as new items and mechanics being introduced), apparently mrdrnose didn't listen. Lol.

*By that I mean the expansion of the map and plotline for that storey, such as adding in notebooks, classrooms and other locations.

It seems that the cracks won't all load sometimes, like they are no where to be seen. Anyway here's my take on it, I do like it, except for the decoratathon

Remember closed door on start? It opens with black key) other part of school, you know?

Two other cracks in here. Amount of cracks is 10

I saw this update in my feed and I thought it was the normal version.  Almost cried because I have 5 or 6 more hours of school.  Please wait for me!

I think this version has too little changes to be classified as a "Version 2". But meh.

Boy, am I glad no-one read this comment. I counted it wrong.

(I fixed one of my mistakes, but I didn't know how to rewrite it, by the way.)

So for no reason I decided to go and see who would attend the Christmas party.

I let the gingerbread men take all the trees and put them in the cracks.

There should be a special fifth ending that occurs if you ruin Christmas because you didn't fill any cracks and/or allowed the gingerbread men to prevail. Like the 666 ending, or the Head Teacher ending up sentencing you to death because you ruined everything. Bonus points if you have four alive gingerbread men in your inventory and make Erie sad as well. (Actually, you probably have to make her sad so she doesn't spawn infinite trees, and to ruin her Christmas spirit.) By the way it should probably happen as soon as there are less than 16 trees left available.

Also it will be very easy if you don't talk to the Head Teacher before you're ready. Or maybe it could be so that Erie doesn't do trees and the gingerbread men don't spawn until you've talked to the Head Teacher, and after that you're able to select gingerbread heads and bodies and combine them to recover them.

Also, I found out that it is that all living gingerbread men become inanimate (as if they were in your inventory, but on the ground) if all trees and decorations are gone. 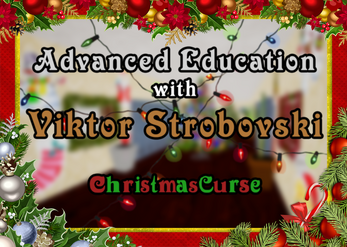